A brilliant metaphor to explain how to create an effective message.

In particular, the paper describes a course taught by Randy Nelson, the former dean of Pixar University (Steve Jobs was Pixar‘s majority shareholder until its acquisition by The Walt Disney Company).

Nelson shows his “students” a series of eleven lithographs of a bull that Picasso created in 1945 (see below). 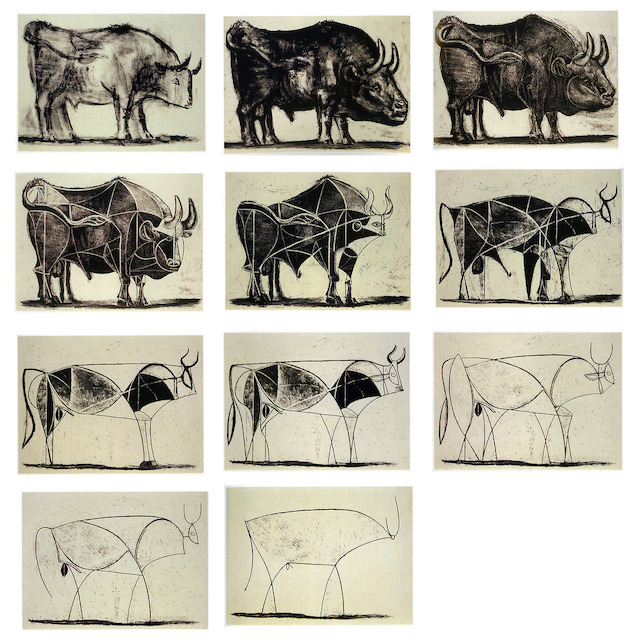 He explains that, like Picasso’s drawings, a marketing message must be simplified over multiple iterations in order to express the heart of the idea. Contrary to Picasso who gets to the bone of the bull, marketers must get to the meat of their messages.

For it to make the most sense, a marketing message must be reduced to its essence.

For it to make the most sense, a marketing message must be reduced to its essence.

The Unsuspected Influence Of Blogs