A timely question when Apple introduces the Apple Watch.

The speaker’s statement that interested me most was, no big surprise, made by Peter Thiel. The latter was one of the co-founders of PayPal and the first outside investor in Facebook. A multidisciplinary genius, billionaire, libertarian, visionary and philanthropist, he is, at 46, one of the most respected figures of Silicon Valley. 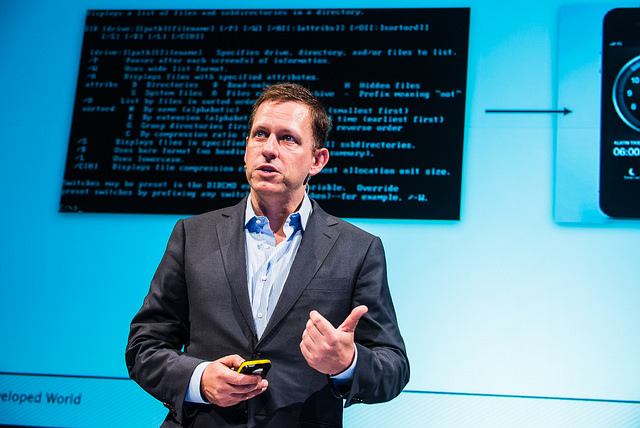 Peter Thiel explained, “competition is over-rated. It enables you to get better at something narrow, but you might miss the big picture.”

Indeed, being too focused on our competition reduces the range of possibilities to the scope of our competitors’ business. We tend to challenge them on their strategy and operations – and, in doing so, we improve in the relevant field. But such an approach obscures other business opportunities that a broader vision would reveal.

The most visionary leaders do not copy their competitors’ game plan. They invent new strategies and navigate uncharted waters. This is what Steve Jobs did at Apple and that’s the challenge that Tim Cook faces today: Not beating the competition at their own game, but changing the entire game for his company’s benefit.