The journalist explains what differentiated, before the acquisition of Pixar by Disney, movies produced by both studios.

It wasn’t a question of resources or personnel. It was just that Disney’s movies lacked heart and, therefore, weren’t attractive to the public. 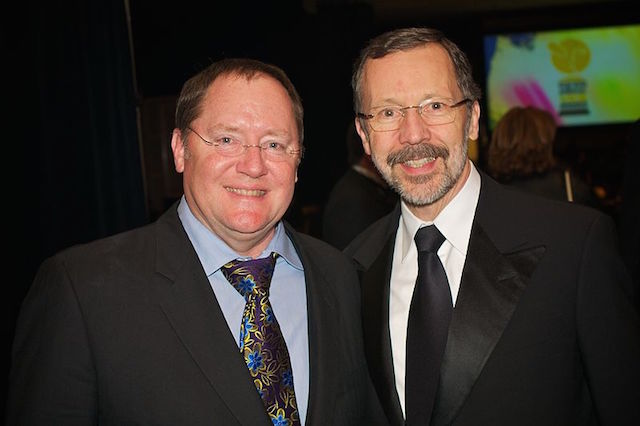 “Take Disney’s Home On The Range. From its predictable opening song to its by-the-numbers plot about a cow that’s lost her home and her friends, the movie was a dusty ride through stock archetypes and one-note sidekicks.

In contrast, Pixar’s The Incredibles, which came out the same year, immediately introduced audiences to a unique and relatable protagonist as he struggles to attach a microphone to his spandex superset. ‘Is this on?’ he asks, tapping the mic. ‘I mean, I can break through walls, I just can’t get this on.’ Mr. Incredible may be a superhero, but he’s just like us.“

As John Lasseter explains in the article,

“The connection you make with your audience is an emotional connection. The audience can’t be told to feel a certain way. They have to discover it themselves.“

Indeed, even if Pixar is renown for its technological prowess, its teams have always been taught by John Lasseter to focus on the story rather than the graphics.

As his first short film* has shown, if the audience is captivated by the emotional content of a movie, people won’t notice its technical imperfections. Many movies from other studios have since then demonstrated that the reverse isn’t true.

The same logic applies to communications: Substance is always more important than style.

* The Adventures of André and Wally B.

Book Review: "From Worst To First: Behind The Scenes Of Continental’s Remarkable Comeback" By Gordon Bethune (1998, 304 Pages)